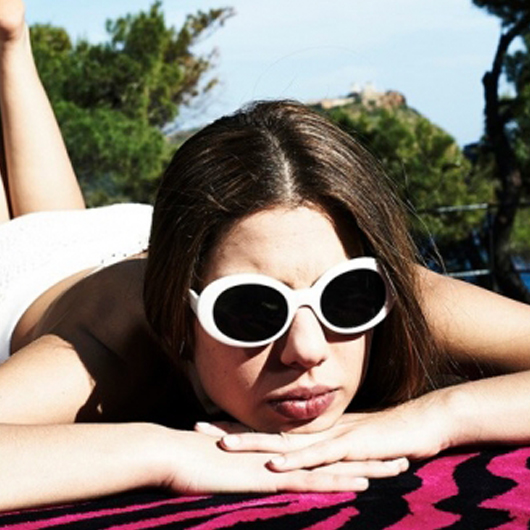 An aged, prosperous and above any suspicion, bourgeois by the nickname 'The Master', lives isolated in a luxurious beachfront villa with his teenage daughter who he has kept well protected from the mischief of the outside world. Behind the façade of the vigorous art lover, however, he prospers by illegally trading antiquities in the black market and a loan sharking. The 'Master' has two henchmen to do his 'dirty work', Hermes and John. Both will commit a fatal mistake: while Hermes falls for the daughter of his 'Master', John is obsessed with a prostitute. Both will pay a heavy price for being 'sentimentalists'…

"The Sentimentalists may, at first glance, look like your average gangster movie – but look again. You will find, in the details, what makes this film a truly original cinematic work…"

"But more than that, perhaps, is a sort of Shakespearean vibe that can be felt throughout. In fact, if we were to pinpoint the two leading characters and liken them to characters in Shakespeare plays, one might just be Romeo and the other one Mercutio. This juxtaposition and comparison is not at all out of place, and in fact it is strengthened by references to culture and art of old in sculptures and statues that at the same time show off the beauty and cultural wealth of Greece and give the storyline and more timeless and three dimensional depth…"